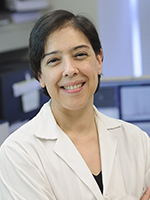 The AMP Awards Committee annually solicits nominations and selects the awardee for the Award for Excellence, Jeffrey A. Kant Leadership Award, and the Meritorious Service Award. The committee is chaired by the President-Elect and is made of up of appointed volunteers.

See the list of available awards and their criteria here.

If you are interested in serving on the Awards Committee, please see the various roles available and the responsibilities of each role by clicking here.