To celebrate AMP's 25th anniversary, we've compiled a timeline of notable events and initiatives that made us the vibrant society we are today. Thank you to our members and dedicated volunteers for your service to our society and field.

At the 3rd UAREP-sponsored Molecular Diagnostics Workshop held in Bethesda, Maryland in November 1994, AMP was founded. An Action Committee was set up to formally establish the Association and create a framework for the future growth and development of AMP. The members of the Action Committee were: David Cooper (Chair), Carleton Garrett (Vice-Chair), Jeffrey Cossman, Tom Frank, Jeffrey Kant, Anthony Killeen, Mark Lovell, Ronald McGlennen, Mark Sobel, Steven Thibodeau, Cheryl Willman with Frances Pitlick as the liaison with UAREP. “At that time, none of the large pathology societies had much interest in promoting molecular pathology, so we decided that a free-standing society was preferable to affiliation with an established group. Although we were all Americans, we chose the name Association for Molecular Pathology so that it specifically did not contain the words "national" or "American" and would thus represent an international effort, and an organization without borders. Mark Sobel, Jeff Kant, Cheryl Willman, Jeff Cooper, Ron McGlennen, and colleagues mapped out the organizational chart for the society and asked people to sign up for any of several committees that would develop bylaws and establish structure for the society. I remember signing up for several of these committees. To facilitate sign-up, huge pieces of white paper were ripped from one of those easel-based flip charts, and the about 8 of these huge white papers were taped to the wall of the hotel corridor outside the meeting room. At top of each paper was a committee name, such as "Bylaws Committee." Many of us scrawled our names to these papers and we were thus immediately put to work and then later recruited to run for office once the bylaws and mechanisms for voting were established. Thus was born the Association for Molecular Pathology.” (Peggy Gulley, Personal Communication, 2002)

Meeting Highlights:
• Society Bylaws adopted November 12, 1995.
• "Youthquake" for those who were there.
• Social event at Speakeasy Cave in St. Paul where "Guido" (aka David Cooper) was the star.

Meeting Highlights:
• "Even with the best planning there always seems to be the odd thing that's overlooked. This year it was thumb-tacks for the posters! Thanks to Tim O'Leary for accompanying me to the local Kinko's to purchase 600 of these at 9PM the night before the conference began!" (Tony Killeen, AMP Newsletter Jan 1997).
• The Saturday evening dinner was at the B&O Railroad Museum, organized by Jeff Kant and Fran Pitlick.
• Bomb scare at Baltimore Washington International Airport.

Society Highlights:
• Major goal of AMP accomplished: new specialty of Molecular Genetic Pathology created and approved by American Board of Medical Specialties.
• AMP Test Directory updated.
• AMP signed Memo of Understanding with the American Society for Investigative Pathology to create The Journal of Molecular Diagnostics (JMD) as part B of The American Journal of Pathology; the Joint Journal Oversight Committee was formed.

Meeting Highlights:
• Abstracts from meeting published in the first issue of The Journal of Molecular Diagnostics (JMD).

Meeting Highlights:
• Growing Pains: Attendees very much enjoyed the Westin Kierland but the meeting had outgrown the venue.
• First time abstracts are rejected. 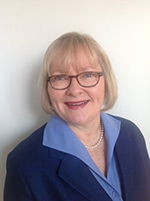 Meeting Highlights:
• First meeting held in a convention center instead of a hotel.

Meeting Highlights:
• Attendance grows to 1,500.
• Early bird sessions so full that some attendees watch through the door.

Society Highlights:
• Subdivision representatives to the Program Committee elected.
• AMP mourns the loss of Jeff Kant; Jeffrey A. Kant-AMP Education Fund established.
• Anticipating at least some molecular pathology CPT codes will be placed on the PFS, AMP-led multi-society coalition lobbies Congress to deem PhDs as Qualified Healthcare Providers.
• CMS places new molecular pathology CPT codes on the CLFS, eliminating PhD legislation argument; CMS designates gapfill method to price the new codes.
• ASIP notifies AMP that it will not renew the management agreement, which ends Dec 31, 2013. After considering researched options, the Board decides that AMP will manage its own office and will apply to join FASEB.
• Formal annual Board orientation & training begun.

• Due to COVID-19 pandemic, AMP holds its 26th Annual Meeting as a virtual event, with up to 59.5 CME and CMLE credits and 13.0 SAM credits available to attendees.
• In response to the dramatic, unforeseen constraints on members' departmental budgets, AMP's Board of Directors approved the lowest member registration rates ever offered for an AMP meeting - including a $10 rate for Trainee members.
• Dennis Lo, FRS, The Chinese University of Hong Kong, was the Keynote speaker and recipient of the 2020 AMP Award for Excellence in Molecular Diagnostics.

Society Highlights:
• AMP played a pivotal role in advocating for the laboratory community and the patients we serve since the outset of the novel coronavirus pandemic. Members worked closely with regulators and the media to educate stakeholders on nuances in the complex diagnostic landscape. In addition, AMP members ramped up COVID-19 testing while also continuing routine testing around the world, sharing resources and expertise to aid patients and their colleagues.
• AMP launched two surveys to collect real-time data from laboratories conducting COVID-19 testing, as well as a survey for laboratories conducting cancer testing during the pandemic.
• The Patient Engagement Subcommittee (part of the Professional Relations Committee) launched "Molecular Medicine for Patients," a microsite with educational resources about molecular testing geared to patients and patient advocates
• AMP moves all online education content to a new learning management system to enhance the users' experience while also debuting new resources such as flash cards, microlearning modules, and new "Molecular in My Pocket" cards from the Training & Education Committee
• AMP subcommittees expanded outreach to their members through new "Subdivision Spotlights," a monthly publication highlighting a different subdivision each time.
• Past and current members of the AMP Economic Affairs Committee published "Molecular Pathology Economics 101: An Overview of Molecular Diagnostics Coding, Coverage and Reimbursement"
• AMP Infectious Diseases leadership published "Responding to the Challenges of Severe Acute Respiratory Syndrome Coronavirus 2 (SARS-CoV-2): Perspectives from the Association for Molecular Pathology Infectious Disease Subdivision Leadership"
• AMP and CAP publish joint guideline: "Recommendations for Clinical Warfarin Genotyping Allele Selection: A Report of the Association for Molecular Pathology and the College of American Pathologists"
• Journal of Molecular Diagnostics moves to monthly publication schedule

Annual Meeting: Canceled  - pivoted to the AMP 2021 Digital Experience, offering select live and onDemand programming November 15-19, while the full program will be available in early 2022.

• Access to the "Lite" Digital Experience free to all attendees